I’ve been mining cryptocurrency with NiceHash for 4 months solid – reliably! The process has NEVER gone down*.

*However after updating to NiceHash to 2.0.2.2 beta, the mining process began going offline every day.

When I logged into nicehash.com, the dashboard told me “you have no active workers”.

And when I turned on my mining rig monitor, I was welcomed with the following sight: 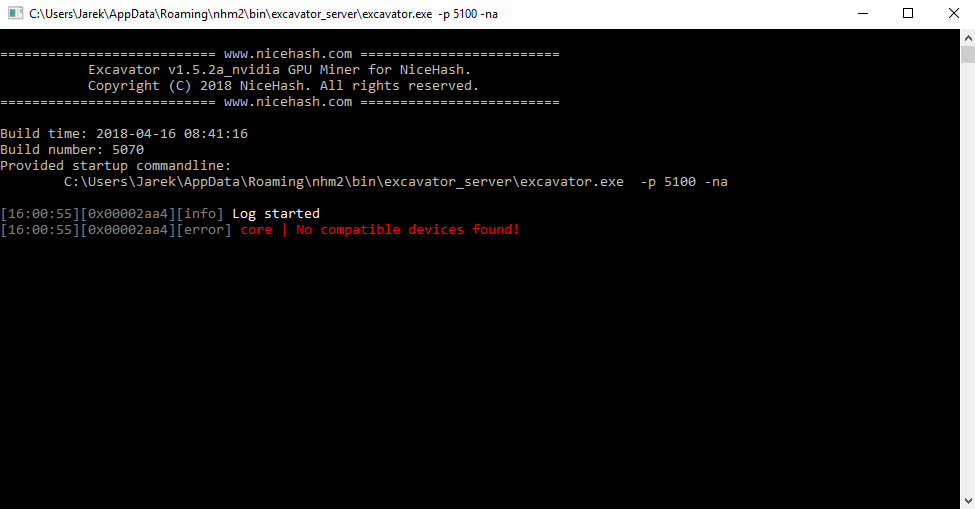 So now to the fix, which took a fair bit of problem solving.

I updated the following components in order to try and solve the “no active workers” issues:

I also thought that maybe some transistors in my GTX1080 had cooked recently, so I under-clocked the performance of my GPU by about 10% across the processor and mem clocks to no effect.

The fix for me was to update the following components:

After updating the Nvidia drivers and NiceHash to 2.0.2.3, the mining process returned to its usual rock solid reliability, and I returned my GTX1080 to its usual overclocked numbers with the EVGA Precision X software.