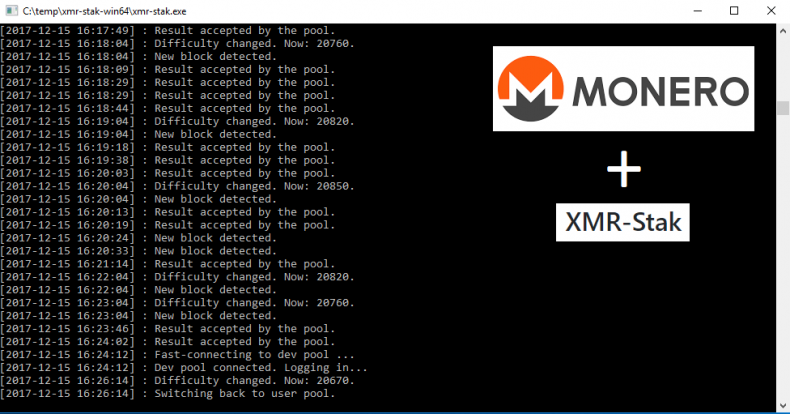 So, you’re thinking about mining the cryptocurrency Monero (XMR) using Windows based mining software like XMR-Stak?

Wondering what sort of hashrate your hardware may obtain?

In this post I compare the mining performance of every single laptop/PC/server in my household, using both CPU and GPU mining options (where installed).

For this comparison, I am using XMR-Stak 2.1.0, and submitting results to the supportxmr mining pool. All hashrate figures are obtained after a 24 hour average has been established for each device (to account for heat-soak and to smooth out any processing peaks and troughs).

Interestingly, the GPU based mining above uses 100% of the GTX1080 graphics card processing power, and also 59% of the CPU processing power. I was surprised by this, as I thought the CPU would be at/near idle. 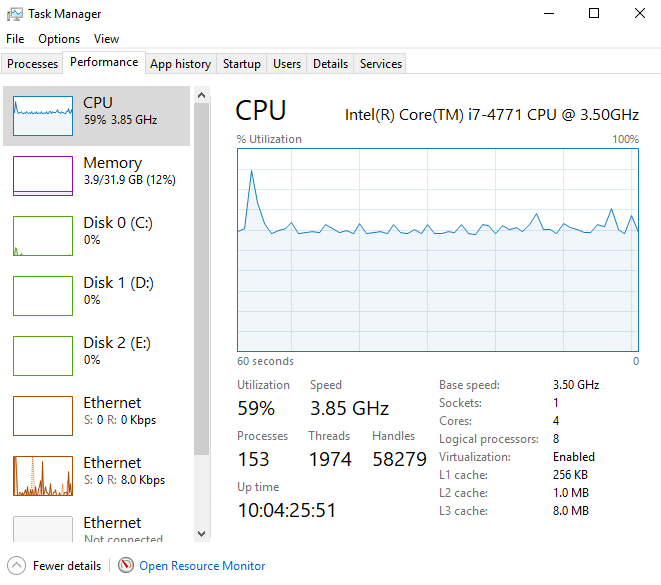 So as you saw above, I referred to all 6 of my computers as ‘old’. No Threadripper CPUs anywhere. I’ve not purchased any new components for the past 4 years.

Now to put these hashing results into perspective.

As you can see from the supportxmr mining pool screenshot above, 3 of my “rigs” are actively mining hashes. After performing my tests over 24 hours, for all 6 of my laptops/desktops/servers, I have accumulated a total of 0.00864 XMR (with 1 full XMR currently valued at $302USD as at the 15th Dec 2017). At this rate, it will take me 115 days to mine a full XMR coin.

So is mining XMR worth it? For me? No.

Here are some things you may want to consider:

My electricity rates (in Canberra ACT Australia) are. 0.1988c peak, 0.156c standard and 0.1163c off peak. These rates are displayed in AUD. They are reasonably expensive rates, compared to the rest of the world.

It’s mid December here in Canberra, and my Netatmo weather station tells me it is 28.9 degrees Celsius outside. During the mining experiment, my office has warmed up to an uncomfortable temperature, and I’ve had to turn on my whole-home air-conditioning (reverse cycle) system on several times. Which means I’ve used even more electricity during the mining experiment, above and beyond the electricity used by the computers.

Finally, capital investment expenses may be an issue. I have not purchased any new hardware during the mining experiment, and have received reasonable hash rates from the Xeon server, and the GTX1080 equipped gaming rig. If you are embarking on CPU or GPU Monero mining, and you don’t have any hardware, then you need to factor in the full cost of the purchase, and calculate a break even point.

What are your thoughts?