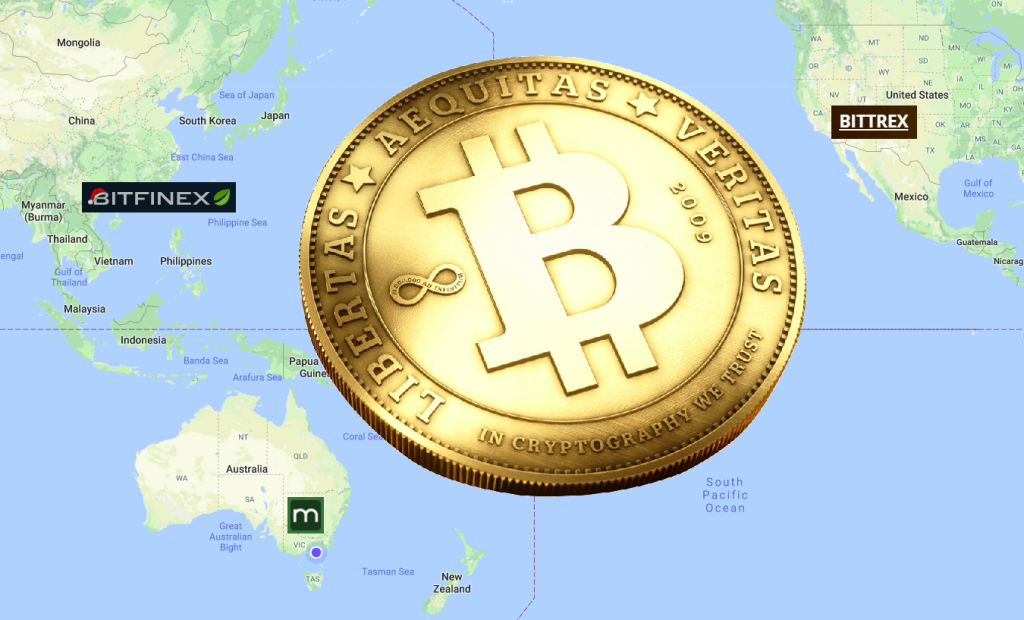 I’m a relative late-comer to cryptocurrency investing. Although I have been aware of BitCoin since around 2010, I didn’t put any “skin in the game”. I also didn’t bother mining any coins when the hashing difficulties were easy compared to modern standards. I wasn’t interested. In hindsight, it was a big mistake.

However, something changed in late 2017. More and more of my friends, co-workers and associates began to talk about crypto investing. The media began to cover more stories about BitCoin and crypto in general. Had cryptocurrency been accepted into the mainstream as a legitimate financial model? I figured it was the right time (albeit a little late) to throw some money into the game, and see what happens. There is a saying, “The best time for crypto investing was yesterday. The next best time is now.” The crypto hype train was beginning it’s full steam ahead assault, and the fear of missing out (fomo) got the better of me.

I have been a traditional real-estate investor since 2004, with a generally low risk strategy. Other investments within which I have participated throughout my life have included bank deposits (including long term deposits), and traditional shares. My crypto investments were to be strictly “play money” only, so in the event of a full market crash, I would not be left hurting in any way shape or form. The volatility of the crypto market is extreme.

So here is what happened.

I signed up with BTCMarkets (an Australian firm) and began their hit-and-miss verification process. Although some of my friends didn’t need to verify their bricks and mortar addresses by having a unique code sent in the mail, I wasn’t so lucky. As well as providing my drivers license details, and a scan of a recent bill, I had to wait 2 weeks for the code to arrive in my mailbox. This code would verify my address beyond doubt. Some of my friends managed to avoid the address verification step, and were verified for trading in less than an hour.

I needed BTCMarkets to be my local firm where I could transfer AUD FIAT currency to trade into crypto.

I decided early on that I would be interested in trading the following crypto currencies:

BTCMarkets would allow me to trade everything I was interested in, except for Cardano and IOTA. It was essential that I also sign up with Bittrex and Bitfinex and complete their verification processes. Both of their processes were far less strict than BTCMarkets and were finished within hours.

I bought some Ethereum and Litecoin for a long term hold.

My plan was to continue day trading Eth Classic, and go long or hodl (a specific crypto term, to hold, as a result of a horrible misspelling of hold on a forum) Eth and Litecoin. That is when Eth Classic had a significant jump in price, and my dabbling around the $20 – $25AUD was no longer possible. The price had jumped to $50AUD, without any obvious indicators. I had just sold for $27.5AUD and was waiting for the next dip. I missed a wave that would have added $25AUD to each Eth Classic coin held. This missed wave made me think carefully about my day trading aspirations.

November was a great month, with multiple profitable day trades on Eth Classic, and growing long positions on Eth and Litecoin. In fact, November was so good, that it outperformed every single investment property in my portfolio for monthly rental returns. As a result of this, I decided to up the ante ever so slightly, and still in keeping with the “play money” plan, threw a little more cash into the trading mix.

Mid December saw an explosion in price for crypto-currencies in general. Cardano (ADA) went from 0.11US cents to over 0.50US cents. Ethereum doubled, Litecoin quadrupled, and IOTA didn’t do much at all.

I calculated my balances in mid December and couldn’t believe the gains and profits. They were 9 times better than the month of November. While scanning the top 100 cryptocurrencies by market cap on https://coinmarketcap.com I regularly saw GREEN GREEN GREEN. On one particular day, 97 of the 100 cryptocurrencies had a positive gain in value. I began to read articles describing that new Bittrex accounts were being delayed by 2 weeks. Articles about US based Bitfinex users no longer being welcome to trade on the platform. Articles about coinspot deposits being disabled/halted until at least the first week of January 2018. I took this as a great sign of demand outstripping the online exchanges ability to deliver their service, either because of capacity or policy.

But then the pre-Christmas crypto correction occured. I began to feel that maybe the hype train and fomo was finally starting to fade away slightly.

December has still delivered a massive profit, but it has been tapered by decreases in value overall.

In late December I have made a speculative investment into Verge (XVG), and hope that it’s anonymous nature brings in plenty of investment and faith. It currently sits at number 19 on coinmarketcap.

My current holdings mostly sit in the Top 10 of coinmarketcap:

In December I also started to mine Monero (with a non-fancy desktop PC) to see if the hobbyist pursuit would interest me. You can find a blog post on that here. After two weeks of mining, I am still nowhere near mining a single coin!

So, after 2 short tumultuous months of crypto trading, what do I think?

It’s a fun game to be in. I am fully cognisant that I may lose everything. However, while ridiculous profits are piling on top of the play money investment, I’m happy to not be missing out.

Perhaps in a couple of decades, I’ll show this blog post to my children. I’m not sure if the conversation will be about “Dad’s ridiculously hair-brained idea that lost him a few thousand dollars”, or “Dad’s get rich quick scheme that paid off”. Either way, I’m very excited to have crypto-currencies in my investment mix.

What about your journey with crypto? Care to share below?